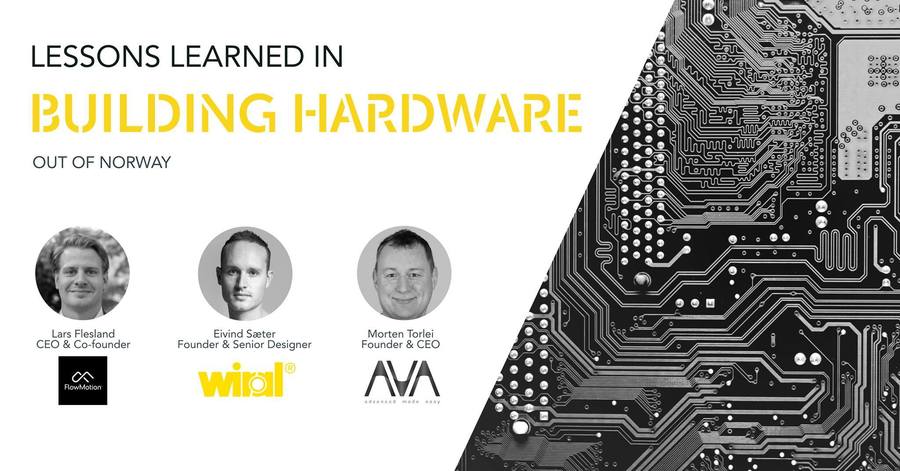 Lessons learned in building Hardware out of Norway

Meet Wiralcam, Inventas, Ava and Flowmotion at STARTUPLAB for a talk on lessons learned in building hardware out of Norway.

Eivind Sæter works at the product development company Inventas. He has worked as a product designer with various startups, and founded Wiral, a cabel camera system in 2015. He will discuss why reducing risk and building hardware that has actual value for the customer is key.

Lars Mangerud Flesland was previously CEO and Co-founder at FlowMotion - a hardware startup that produced video stabilizing gear for smartphones. The startup pre-sold tens of thousands of products for more than 70 MNOK, but had major production problems due to the complexity of the product design and had to shut down the company in June 2019. Lars is now supporting other founders at Startuplab, and will tell us the rise and fall of FlowMotion, and why preparing for success is his biggest lesson learned.

Morten Torlei is the CEO and Founder of the AVA pressure washer. Together with his team he has created a high quality pressure water machine which is easy to use and has higher efficiency. The team entered the market in 2019 winning "best in test" their first year around. Morten will reflect over his lessons learned in the panel discussion.

The panel discussion will be led by Kristian Hesthaug, Head of Hardware at StartupLab.

Link will be distributed in advance of the online session.